If we play, the whole world loses.

Why do we need to stop the Beijing 2022 Olympics?

After Xi Jinping was tapped to organize the Beijing 2008 Summer Games, he showed the world what he was capable of as the future leader of China. This was his first step onto the world stage, and his leadership of the Games was enormously successful. At no moment in history has the world ever felt so much hope for the future of China, as we did in August 2008.

The results were brutal. The 2008 lockdown of Tibet has still not been lifted. The Uyghurs’ cultural genocide is nearly complete. The world is watching Hongkongers’ freedoms disappear. We have come to expect every Chinese political dissident and human rights activist to be “disappeared” or “suicided”. The government routinely threatens and imprisons friends and relatives of Chinese citizens living abroad, simply for Twitter posts.

And foreign companies are forced to keep quiet and play defense over these Chinese policies, so they can satisfy investors and keep their position in the world’s largest market. Ultimately, they can only strengthen the hands of the Chinese Communist Party, letting those hands rest firmly over everyone’s mouth.

The 2022 Olympics will not make Chinese people freer in any way, but will only further consolidate the power of President Xi Jinping. 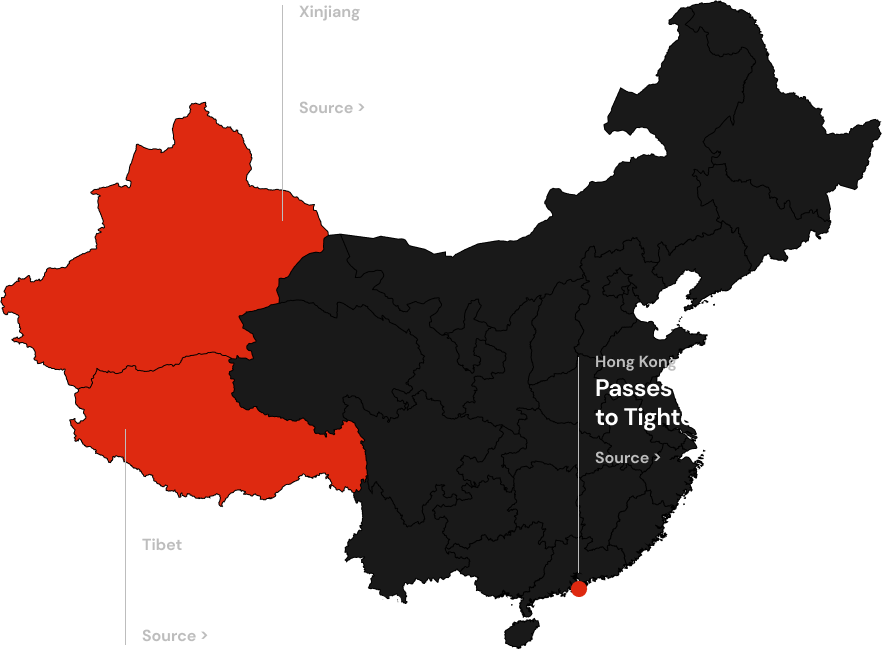 #StopBeijing2022 is based in Hong Kong, and will be carrying out much of its work from here. Yes, this is a danger right now. But it’s our last chance to show the world the true face of the CCP.

We’re working in close partnership with Tibetans, Uyghurs, Mongolians, and other religious and political groups oppressed by the Chinese Communist Party. We’re also cooperating with politicians and human rights organizations in many different nations, who understand the threat of the CCP to global freedoms.

In Summer 2021, we will release the #StopBeijing2022 documentary, with filming on location in Hong Kong, Taipei, Tokyo, Toronto, Washington, D.C., Colorado Springs, London, Lausanne (at the IOC Headquarters), and elsewhere.

Work with journalists and popular figures to expose China’s ongoing crimes against humanity.

Run targeted publicity campaigns, to provide a platform for moral outrage about the IOC’s poor choice.

Execute targeted protests of sponsors of the IOC and of national team sponsors, who are using consumer dollars to turn the Olympics into China’s biggest propaganda platform.

What you can do

Throughout this process, we hope to avoid harming the reputation of the IOC, and hope that the 2022 Winter Olympics can successfully be hosted by another nation, without more drama than necessary.

But more importantly, we hope to persuade the average person that we can change the future, and that we don’t need to applaud dictators. (And while it’s fair to say that a lot of presidents have too much power right now, only Xi Jinping requires people to pass a ​“Xi Jinping Thought” exam​, in order to graduate high school, or to ​obtain press credentials​.)

This campaign is a massive risk. Some are risking their careers. Others are risking prison in China. But we are not backing down! For months, our team has sacrificed tremendously to make #StopBeijing2022 possible. And you can help to make it a huge success, by making a donation.

For the rest of this year, we will be asking public figures to sign our joint letter to the global Olympic family (i.e. the IOC, national teams, sponsors, etc). You can help! Please send this letter to a public figure, and ask if they’re willing to put their name on it.

Everyone knows that liking and sharing a post won’t change the world. But, it will build solidarity. What would happen, if just 1% of the people who care about this actually share about it? Then countless people would know they’re not the only ones horrified about Beijing 2022–about entrusting the Olympic Games to a country that’s committing genocides. So, maybe social media can change the world, and maybe a hashtag can stop a genocide. Please use hashtag #StopBeijing2022.

Every country has problems. What’s wrong with China hosting the Olympics?

In 2001, the International Olympics Committee (IOC) granted Beijing the right to host the 2008 Summer Games. The Chinese government pledged to reduce pollution, maintain Tibetan autonomy, increase media and internet freedoms, implement political and economic reforms, and permit protests at the Olympics. And so, the IOC approved.

Essentially, China had promised to “clean up its act” before 2008. They didn’t keep any of their promises. But they did relocate 1.5 million people.

The Chinese government threatened, silenced, or imprisoned everyone who protested before or during the Olympics. And after the Olympics was over, the government arrested professors and lawyers for signing Charter 08, a manifesto for human rights and democracy.

In 2015, at the same time the International Olympic Committee (IOC) chose Beijing to host the 2022 Winter Games, China began its cultural genocide against the Uyghurs. They systematically re-educated millions, and then sent many of them into forced labor around the country. Uyghurs cannot travel freely, cannot leave China, and millions of them are still separated from family members.

Tibet’s 2008 lockdown is still in place. Hong Kong’s freedoms are disintegrating before our eyes. And generally, human rights have deteriorated for 1.4 billion Chinese people, including those who live abroad.

For the IOC, Beijing 2022 just seems good for business. But for Chinese people, it will be seen as the international community’s endorsement of Xi Jinping’s dictatorship.

Why not a traditional "boycott?"

Our mission is not to boycott the Olympics. Although that would be simpler and potentially easier, the #StopBeijing2022 campaign actually wants the IOC to move or cancel Beijing 2022. We won’t criticize any National Olympic Committees or teams or athletes who choose to boycott. But this is not our goal.

It is now blindingly clear that the IOC has the right to change its decision about the 2022 Winter Olympics. Both before and after July 31, 2015, when the IOC voted for Beijing to host the 2022 Winter Games, China’s leaders were successfully hiding crimes against humanity. We are confident that if the IOC had known about these things (for example, the Chinese government’s organ trafficking program among ethnic and religious minorities), then they would have voted differently. And since that vote in 2015, the government has built over 1,000 concentration camps, in order to detain people solely on the basis of their ethnicity, language, and religious beliefs. The IOC knows this, and they must revoke their decision.

If the IOC does not change its decision, we will not encourage a boycott. Instead, we will encourage people of good will to continue protesting by all means available, including protests at the offices of Olympic media partners, Olympic sponsors, and at the Beijing Games in February 2022.

If our campaign fails, then feel free to watch the Games, or to boycott the Games, or to throw a watch party and raise funds (e.g. to help your local Hong Kong, Uyghur, or Tibetan rights group). Whatever you do, just don’t be afraid to tell people that the CCP is still the greatest global threat to the exercise of free speech and basic human rights.

Do you really expect to stop the Olympic Games?

Originally, we saw a small chance of success. But now the international community is paying attention to the Chinese government’s dramatic repression of Hongkongers, Uyghurs, Tibetans, and countless others in China and abroad. If we continue to put pressure on the IOC and their corporate sponsors, we are confident that Beijing 2022 will be moved or cancelled.

Why did the IOC decide that China should host the Olympics?

It’s more accurate to say that China decided the Olympics would be their best publicity platform. In the late 1980s, they started investing heavily in this strategy, and in 1993, they narrowly lost their bid to host the 2000 Olympics.

Then they won the bid for the 2008 Olympics, and transformed the global narrative about China. They were finally seen as a great nation on a path towards prosperity and freedom. They had to expend enormous resources to prevent protests and to prevent journalists from talking about pollution and other human rights issues. But it worked.

So why does the IOC love working with China? Because the CCP provides the IOC with all the infrastructure they want for the Olympics, without complications arising from human rights protests and journalism. They give IOC members 5-star treatment. And the 2008 Games were truly the most spectacular Olympics ever, and they expect the 2022 Games to be phenomenal as well.

The fact is, very few nations are willing to invest in the Olympics at all. If the IOC does not change its trajectory, the Olympics will continue to be a platform for authoritarian governments. While #StopBeijing2022 is not a part of the #NOlympics movement, we do sympathize with them.

The Beijing 2008 Summer Olympics led to the worst possible outcomes for human rights in China, and further lowered the bar of the IOC’s moral standards.

The IOC has forced the entire Olympic movement to become an accomplice for China’s censorship. Everyone in every Olympic-related organization knows that they must never criticize China’s leadership, but only praise them. The IOC leadership’s decades-long policy of silencing criticism of the CCP has been one continuous disaster for human rights in China. They have turned censorship and compelled speech into core Olympic values.

During the 2008 Olympic Torch Relay in San Franscisco, before Beijing 2008, Chinese Ambassador Zhou Wenzhong said: “The Olympics belongs to all, and the Olympic torch carries and passes around the Olympic spirit and advocates peace, friendship, harmony and cooperation.”

The Chinese government knows how to impress the IOC. But it’s all a tightly orchestrated facade. Shortly before that event, China’s Ministry of State Security sent agents to coordinate thousands of demonstrators in San Francisco, to scare and silence Tibetan protesters. The IOC needs to understand that, unlike the other main players at the 2022 Winter Olympics, China’s government does not believe in the Olympic spirit. 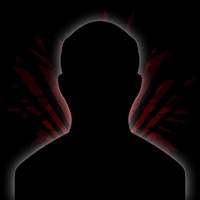 Ask Your Network To Endorse Us!

It's not fun anymore.

China uses your platform to:

You empowered Hitler. And now Xi?

You have Successfully Subscribed!